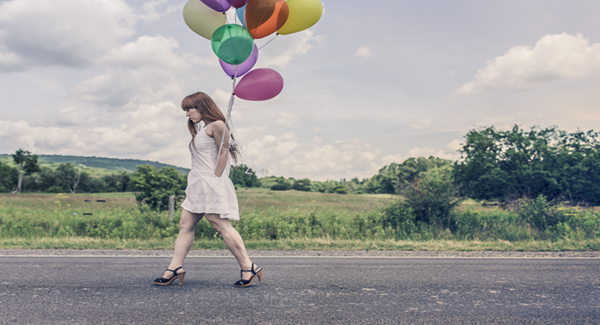 Content is everywhere and your customers are consuming it at a rate higher than ever. If you want to be successful online these days you have to create content. You can read all the books, buy all the courses, and training products you want. You can attend workshops and mastermind groups. You can even map out complex strategies and business plans.

But if you’re not creating content then you are irrelevant online.

You used to be able to put up a couple advertisements, maybe buy a space on somebody’s website, but those days are gone. People avoid advertisements like ebola. Think about it, when is the last time you watched a commercial, or clicked an ad on a website?

That’s right, it’s probably been awhile. And that’s because most advertisements are irrelevant to you or anyone that sees them really. They don’t grab your attention and they definitely don’t hold your attention. Advertising in the traditional sense is dead. We’re living in a world where media is more powerful than marketing.

Red Bull has the “Red Bulletin” (which is also published in print) among tons of other content. Some refer to these two companies as, “media companies who also happen to sell drinks”.

That says a lot about the importance of content.

Well, I hate to sound cliché, but it goes back to the beginning of time. We have always enjoyed telling and listening to stories. So stories are what sell. Even traditional advertisements had to be carried by a story. You wouldn’t just watch commercials all day would you? Of course not. Unless they were highly entertaining. And then it becomes more than a commercial. It has given you some value, so its become a story.

But if it’s not highly entertaining then you don’t want to be bothered with it. It becomes an annoyance. People want their content without all the annoying BS. Which is exactly why regular television and cable are being pushed out.

People love content. We want more of it. We want it in our living rooms, bedrooms and even in our bathrooms. We want it on car rides, walks and….well, everywhere. When you’re creating content (instead of advertising) it allows you to build an audience. But, more than that, it allows you to build a relationship with that audience. That’s just not something you can do with ads or traditional marketing.

Some might argue that’s what clever marketing is all about. To which I’d say, “well isn’t that just content that’s been created with a strategy in mind.” When you really think about it, everything online is content — video, audio, text, images — it’s all content and you can’t have a presence online without it. But it’s not just about creating a bunch of random stuff online.

It has to be relevant to your audience.

Content is just the foundation. It’s the context (and quality of course) that really matters.

You have to know your audience before you can create anything that they will care about. You need to know who they are, where they hang out and of course what they like. When you do, creating content becomes much easier. So how do you figure that out? Well, with content of course. (broken record, right) There is a little research involved too. But you probably already know a little about the audience you want to reach, so start there.click here to lean more about content marketing.

Start with what you know and try to engage them with that. And you have to start in the places they like to hangout online. Engaging with them is going to be important for many reasons.

Since you’re most likely going to be engaging your audience in places like social media, forums and other communities, this can also be considered content. In fact this kind of content is some of the best, because it will be valuable and relevant to them. See how it all comes back to the content? And that’s why it’s the key to all success online.

Social media is the best place to start — it’s free, the content is short and can be created quickly, and it allows you to start building awareness. Plus, you can find lots of great ideas that you can turn into blog posts, videos, ebooks or whatever. The important thing that you just get started.

So many people analyze things to death waiting for the ‘perfect plan’. Don’t do that. It’s okay to be methodical but don’t paralyze yourself and lose the opportunity to grow your brand.